In individuals with SMA, both copies of the SMN1 gene are mutated, leading to decreased production of SMN protein and gradual deterioration of motor neurons and muscle development.

How is SMA inherited?

SMA is an autosomal recessive disease, which means that it is passed to a child from parents who are both carriers of the disease, but exhibit no signs or symptoms of SMA. It is thought that approximately 1 in 35 people are SMA carriers.1,2 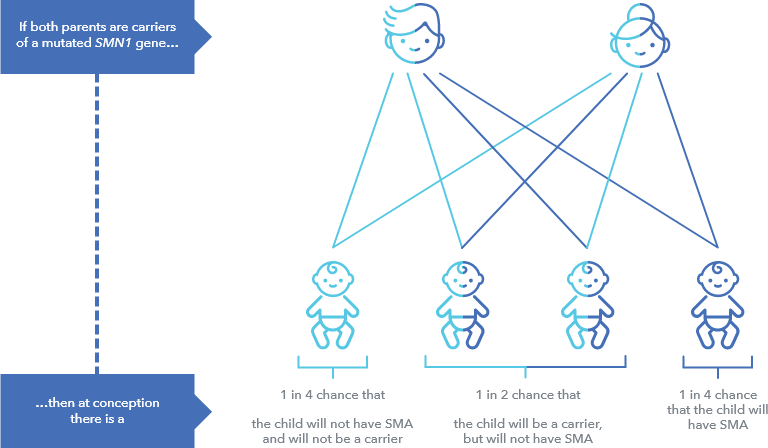 It is important to note that the probability of a child developing SMA remains the same (1 in 4) for any subsequent pregnancies.

If you have a family history of SMA, your chances of being a carrier are greater than average. In making reproductive decisions, it may be helpful to consult with your physician to learn what mutation(s) are common in your family, and what appropriate tests may be required to detect these. Once your family mutation(s) are known, an appropriate test for your situation may be determined.

Please speak to your doctor regarding the laboratories and hospitals that may offer SMA carrier screening. Screening can determine whether one or both parents are carriers of the mutated SMN1 gene, and can provide individuals and families with information about the risk of giving birth to a child with SMA. A genetic counsellor is trained to make information about genetic risks, testing, and diagnosis easier for families to understand.

What should I know about the SMN2 gene?

All individuals with SMA have at least one “backup gene”, known as SMN2. The SMN2 gene has a similar structure to SMN1 and also produces SMN protein, but only a small amount (10%) of the SMN protein it produces is fully functional. This low level of SMN protein is not enough to sustain the survival of motor neurons in the CNS.

The discovery of the SMN2 backup gene has provided a target for researchers to develop therapies that help the SMN2 gene produce more SMN protein. 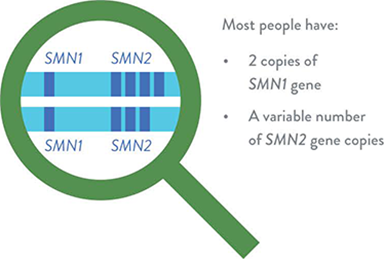 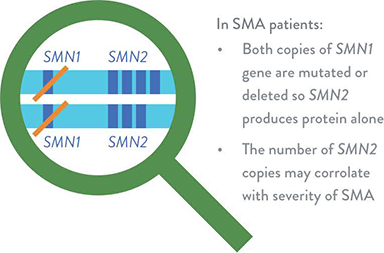